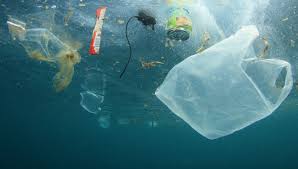 The world generates an estimated 1.3 billion tonnes of solid waste a year, with a significant amount of it going to the ocean and other places. But how much do you know about the garbage industry? Here are 15 surprising facts that will make you think twice before throwing away anything!

Trash is defined as anything that has been thrown away, typically by the inhabitants of a house, office building, or other commercial establishments. It can also refer to food that has already been eaten.

Trash: The World’s Biggest Problem? Trash is a huge issue and we can’t ignore it. There are three million tons of trash that end up in the ocean every year including plastic bags, drink cups, cigarette butts, and much more. We all need to make a conscious effort to reduce our waste and recycle as much as possible.

Plastic and trash are serious problems in the ocean. Every year, millions of tons of trash end up in the ocean and on the beach. Plastic is not a form of ingesting food for marine animals, it damages their digestive systems, and makes them vulnerable to disease and infection. Our oceans are a part of our world that we need to protect.

A single-use plastic bottle takes 450 years to degrade! We need to make a conscious effort to reduce our use of plastics. By recycling these icky bottles and other trash, we can help people to be more aware of the need to protect our oceans!

In the US, more than half of all waste from homes is from construction and remodeling debris. Recycling centers are responsible for the other 20% of recycled material. In 2012, Americans recycled over 34 million tons of materials. This translates to a recycling rate of 34%. The US is one of the top countries in terms of waste generation. In 2012, Americans generated 254 million tons of municipal solid waste. This was the equivalent of 4.4 pounds per person per day. This number is an improvement from 1996, when the United States generated 258 million tons of municipal solid waste and the per capita production was 4.7 pounds per person.

The most common waste product is paper. Paper, cardboard, and paperboard comprised 34.8 million tons of the total municipal solid waste in 2012. In 1990, this number was 31.5 million tons and the per capita production was 30.4 pounds per person. The next two most common sources of waste are food in its many forms and yard trimmings. Both of these types of waste have only increased marginally when comparing 2012 with 1990 per capita production numbers.

It’s estimated that 1.3 billion people in the world lack adequate sanitation services. And, because many of these people live in or near towns and cities, they often dump their trash in nearby fields or public spaces. This leads to a large number of infectious diseases that can be transmitted from trash to humans. Cholera. In the past, cholera was a very serious problem in areas that lacked sanitation and were prone to flooding (during heavy rains, the overflow dumps into rivers and streams causing contamination). It is still a risk in areas without proper sanitation. During a cholera outbreak, a bacterium called Vibrio cholerae infects the small intestine, causing symptoms such as severe diarrhea, vomiting, and dehydration. It is spread through contact with feces or vomit – including people who are infected but do not have symptoms. Cholera has killed millions of people in the past and, in developing countries, continues to be a serious problem.

In the past, cholera was a very serious problem in areas without proper sanitation. Today, it is still a risk in areas without proper sanitation, where people defecate directly into the water supply – or their own yards. The risk of contracting cholera is higher in rural areas and during times of economic hardship when sanitation and water treatment facilities are not adequate. The best way to prevent cholera is by proper hygiene. Do not defecate where you can drink the water later and wash your hands regularly with soap. Travel experts recommend you carry a basic first aid kit while traveling, as well as any medications you may be taking regularly.

Most people are conscious of the impact that recycling has on the environment, but not enough are aware of the true extent. Did you know that only 4% of plastic bottles are recycled in America? Even though this number might seem low, it’s actually something that is changing. Since the introduction of water bottle deposits in some countries, this percentage is predicted to rise.